*All case studies are pre-Covid

Abigail had recently moved to Ellesmere Port as she had been offered a flat by the local housing association. Previous to this she had been homeless for 4 years having lost her job. She had been thrown out of her family home at 18 when her mum’s new partner moved in.

She had been sofa surfing and living in squats, but realised that now she was back in employment and had accommodation she needed to get her life back on track. She just felt she didn’t have the confidence to do it.

She was suffering from extreme stress and depression and was very nervous about using the phone.

Abigail met Sam, the community connector at The Port Grocery, and had a cup of coffee and chat with her. Over the following weeks Abigail disclosed that she was lonely and struggled to make friends, she was gay but no one else knew, she was struggling to pay her bills in her flat and wan’t too sure about what some letters she was receiving meant.

Sam met with Abigail over the following 4 months. She was able introduce her to an LGBT support group and accompany her to craft group.

Abigail said she wouldn’t have got to either without Sam’s support.

Sam spoke to the utility companies on Abigail’s behalf to arrange direct debit payments and helped Abigail to budget her income.

Abigail still sees Sam at various venues and always goes out of her way to introduce her new friends to her. 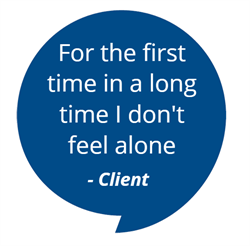 Ben was referred by local Jobcentre for help with budgeting.  He had recently lost his job as his employer had folded. Ben was waiting for Universal Credit to be paid. This was his first spell of unemployment for very many years and he was unused to having to budget.

Ben had had an advance of monies from Universal Credit and had paid his rent with it, but he was worried about how he would manage on Universal credit alone – he had no money left from the advance and would not get a payment for approximately 2 weeks.

After a couple of conversations Ben also disclosed that he was worried about his drinking as he hadn’t realised until this time how much he was spending on alcohol and how much he was drinking.

Over the next month we were able to help Ben with his budgeting, putting a CV together to apply for jobs, referred him to a counselling service which then led to him getting help for his drinking and support with local options for getting cheap food and meals.

Ben is now in employment but he told us that he would not have got those first months when he lost his job without us.

He felt everything was falling apart and that he was going to lose his home and his mental and physical health very quickly.

We recognise the value of early help. 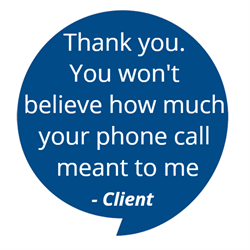 Irene lived alone after her husband died. Her only daughter lives in Australia and she had few friends as she had done everything with her husband. It was hard enough getting used to being alone, but it was made worse by the fact that she was worried about all the bills and “official” letters coming through the door.

Irene saw a leaflet about the community connector in the library and got in touch.

We were able to make sense of the letters that were worrying her so much and helped her reply to all of them. We arranged for the organiser of a local knitting club to meet Irene at a local coffee shop and were there to make the introductions. Irene now attends the club and goes for coffee with the friends she has made there.

She still contacts us for help understanding letters that come through but is gaining more and more confidence in dealing with them.

We recognise the value of talking.

You can find out more about which cookies we are using or switch them off in settings.

This website uses cookies so that we can provide you with the best user experience possible. Cookie information is stored in your browser and performs functions such as recognising you when you return to our website and helping our team to understand which sections of the website you find most interesting and useful.

Strictly Necessary Cookie should be enabled at all times so that we can save your preferences for cookie settings.

If you disable this cookie, we will not be able to save your preferences. This means that every time you visit this website you will need to enable or disable cookies again.

This website uses Google Analytics to collect anonymous information such as the number of visitors to the site, and the most popular pages.

Please enable Strictly Necessary Cookies first so that we can save your preferences!